As one of the primary supporter of our Greater Cincinnati Chinese Chamber of Commerce, Fifth Third brings to our Chamber a wealth of experience and expertise from its Asian & Pacific Islander Business Resource Group (BRG). The BRG is a group of Fifth Third employees collaborating to align business and social goals to enhance the company’s success and sustainability. Specifically, the BRG shares cultural values and celebrates differences, helps its members network, develops skills and gain exposures for its members with senior leadership, and expands network impacts and provide insight to improve company products and services. More importantly, the BRG is a group committed to serving our communities. From this BRG, we are fortunate to have Mr. John Guo as a member of our Chamber’s Board of Directors for the past three years.

We take this opportunity to thank Fifth Third and Mr. John Guo for your continued support of our Greater Cincinnati Chinese Chamber of Commerce and our members. 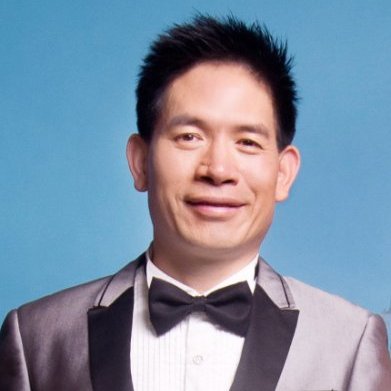 John Guo is a Senior Vice President at Fifth Third Bank. He received his Ph.D. in Business Administration with Minor in Statistics and M.S. in Industry Engineering from the Pennsylvania State University. He has over nineteen years of senior management experiences in consumer lending/banking. He previously held senior risk management positions in JPM Chase, HSBC as Director, Vice President, Senior Vice President and Chief Credit Officer. He is the Asian-Pacific BRG executive advocate of Fifth Third Bank. He is actively involved in community development and serves as a Board Member of the Great Cincinnati Chinese Chamber of Commerce.

John also has extensive publications and is an invited speaker at various international conferences. He has research articles published in Decision Sciences Journal, Transport Research, Journal of the Operational Research Society, and Journal of Business Logistics.

As 2016 begins, the DHL Express network will experience a major expansion at its hub located at the Greater Cincinnati/Northern Kentucky International Airport (CVG). This expansion will be completed in late 2016. The expansion includes adding more gates to accommodate additional aircraft, more warehouse space and new equipment to provide extra capacity for sorting shipments and loading planes. DHL service center at the O’Hare International Airport in Chicago will also be expanded into a gateway, opening in October, improving connectivity to Europe and Asia.

In the Asia Pacific region, Singapore will open a DHL hub in the first quarter of 2016 with a fully automated package sorting system. In Japan, a fourth Tokyo gateway facility will open in the first quarter of 2016. The facility will offer Customs clearance and bonded warehousing services. In addition, it will house a service center that provides pickup and delivery services for customers.

In Europe, the DHL Leipzig Hub in Germany will see the implementation of a larger, more efficient sorting system in October. Sweden’s Gothenburg Gateway is being expanded and modernized in the first half of 2016. The facility will feature a new sorting system, which will increase processing capacity. In late 2016, the DHL Stockholm Gateway will receive a new sorting system and processing equipment, enabling speedier transit times.

The Middle East will gain a new air and road gateway, plus a service center at the Jeddah Gateway in Saudi Arabia in 2016.In Sub-Saharan Africa this year, the Kigali Gateway in Rwanda will open a new facility. In addition, gateways in Kenya, Zimbabwe, the Democratic Republic of Congo and Angola will be refurbished and expanded.