Spring has sprung, allegedly, and as the weather warms up – again, allegedly – so goes the activity at the Chinese Chamber, rain or shine.

Earlier this week we held the first installment of a business luncheon series called Growing Your China Business, where Dezan Shira tax manager Sabrina Zhang flew from Beijing to give us the skinny on tax updates in China. She talked specifics on the changing tax laws coming from the central government that are meant to spur an economy based more on services than exports. Effectively, a deliberate and phased transition of tax reforms means a lower tax rate for many companies doing business in China. Sabrina left us her presentation document. If you would like to learn more, feel free to email me. 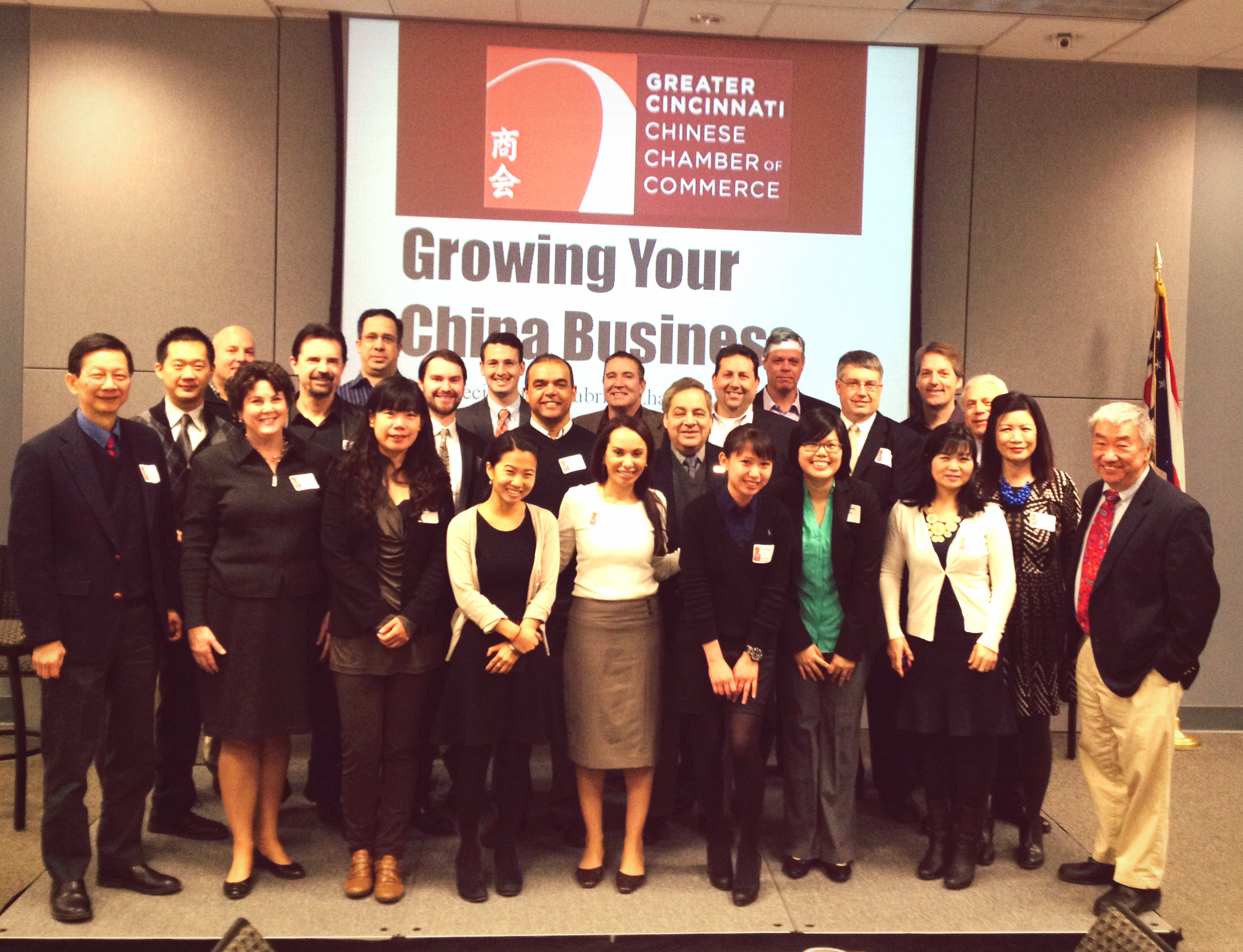 Speaking of events, in April, the Chinese Chamber will hold two business gatherings: a China Executive Round Table luncheon and a young professionals networking affair lovingly called Beer and Guanxi. If you didn’t know, guanxi is Chinese for “relationships, networking, etc.”

The China Executive Round Table is sponsored by Frost Brown Todd. This three-part business luncheon series will feature speakers talking on the changing business trends in China; for example, news on the Shanghai free trade zone, which had a soft opening last year and has been considered quite experimental. The first part of the China Executive Round Table series is set for April 18 from 11:30 am to 1:30 pm on the 33rdfloor of the Great American Tower downtown.

Beer and Guanxi is set for the evening of April 23 at the Taft Museum. Look forward to networking, local craft beer and wine, and a tour of Taft’s new Chinese exhibit Threads of Heaven. As stated, it’s a young professionals networking affair, but the word “young” is a relative term. So, if you feel young, then you’re welcome. That’s the only stipulation.

For more information, keep an eye on our web site and social media. You can like, follow and subscribe by clicking the buttons below. We post China business-related news every Monday, Wednesday and Friday; and a new blog entry every Thursday. All that said, I still enjoy a good chat. You can call me at (513) 852-4100 or email atebrooks@china-midwest.com.

Fifth Third Bank was founded in 1858 and is headquartered in Cincinnati. It had an operating budget of $940 million in 2012 and is a major player in the region’s Diverse by Design initiative.

Indelac Controls is an actuator manufacturer located in Florence, Kentucky, founded in 1986. The name comes from their product: industrial, electric actuators. They sell their American-made products all over the world and are looking for more opportunities in China. Their web site is probably one of the fanciest small business manufacturing sites around.

TechSolve, formerly the Institute of Advanced Manufacturing Sciences Inc. (IAMS), was founded in 1982 by the City of Cincinnati, the Greater Cincinnati Chamber of Commerce, the University of Cincinnati and large manufacturers in the region with the objective of assisting local manufacturing suppliers to improve efficiency in the newly competitive global market. They now serve many industries including advanced machining, aerospace and defense, healthcare and manufacturing.

The full board of directors met March 19 and unanimously approved the addition of a new member, John Guo, representing Fifth Third Bank.

They also moved to nominate and approve David Le, of the Lang Thang Group, to become the secretary of the board and take membership on the chamber’s executive committee.

Normally, executive committee members require a one-year stint as a regular board member, but the board unanimously approved a motion to waive the requirement and allow David to become the secretary. He was nominated for the position by the executive committee during a meeting in February.

The executive committee will meet again April 16 and the full board again May 21.

John Guo is a director and vice president at Fifth Third Bank. He received his doctorate in business administration with a minor in statistics and an master’s of science in industrial engineering and master’s of arts in mathematics from Pennsylvania State University.