In the summer of 1978, archaeologists discovered a 2,400 year old tomb in China’s central Hubei Province. Among nearly 10,000 other relics, it contained a vast array of musical instruments. A fully intact set of 64 bianzhong-chime bells was the most prominent of the musical treasures. The ancient bells were delicately inlaid in gold with intricate dragons and inscriptions documenting a surprisingly sophisticated music theory for ancient orchestras over 2,000 years ago. These amazing findings ultimately inspired The Imperial Bells of China, a unique program of music and song revolving around the bianzhong-chime bells, created and performed by the Hubei Song and Dance Ensemble. 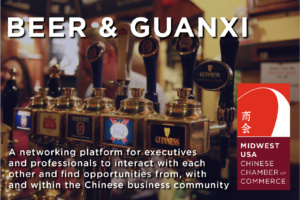 Join us again for the Beer & Guanxi networking event that takes place every month (with some exceptions) at different venues. Our goal is to provide a networking platform for executives and professionals to interact with each other and find opportunities from, with and within the Chinese business community.