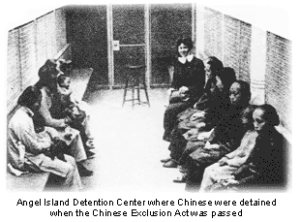 Greater Cincinnati was named the 10th Best Metro Area for STEM Professionals in a recent study from the leading personal finance outlet WalletHub.com.

On the heels of our earlier report on the Best & Worst Cities to Find a Job, WalletHub analyzed the 100 most populated metropolitan statistical areas across 11 key metrics to help STEM professionals find the best markets for their valuable occupations. Our data set ranges from job openings per capita for STEM graduates to annual median wage growth for STEM jobs.

Cincinnati Mayor John Cranley kicked off his immigration task force July 24 and the Chinese Chamber has been added to the ranks.The mayor surrounded himself with about 80 of the volunteers who will make up this task force during a press conference in the marbled corridors of Music Hall this month and he made it quite clear that his focus is direct foreign investment.It’s been a project of his since the beginning; the endeavor is just now gaining traction.Attracting more foreign-born people to live, work and invest here makes the region more competitive. And it draws new sources of capital, innovation, productivity and excitement, Cranley said.The Chinese Chamber has been added to the committee chaired by Bob Stevie, treasurer of Cincinnati Sister Cities, to attract foreigners to Cincinnati for possible investment and immigration.Strikingly enough, the Chinese Chamber’s membership committee has been working on a program for which Stevie has shown much approval. In fact, a member of the membership committee is in China right now pitching the idea of tourist packages to Cincinnati. He will be speaking with Chinese tourism agencies and government officials about the opportunity.The goal of this tourism program is to collaborate with local organizations to put together a lovely sightseeing package and set aside optional time for viewing residential areas, schools, universities, hospitals, etc. We want to capture some of the billions of dollars that are spent by Chinese tourists travelling abroad, and if possible, entice them to live and work here.After all, Cincinnati is far behind more vibrant cities in the nation of similar size when it comes to percentage of the population that was born abroad. Cincinnati’s percent of foreign-born residents stands at just 5 percent, compared to 13 percent nationwide. To become greater, Cincinnati needs more diversity. The Chinese Chamber will lend its strength to that effort.