The Silk Road was initiated and globalized by Chinese exploration and conquests in Central Asia. The Silk Road was and is a network of trade routes connecting the East and West, and was central to the economic, cultural, political, and religious interactions between these regions from the 2nd century BCE to the 18th century. The Silk Road primarily refers to the land but also sea routes connecting East Asia and Southeast Asia with South Asia, Persia, the Arabian Peninsula, East Africa and Southern Europe. The Silk Road trade played a significant role in the development of the civilizations of China, Korea, Japan, the Indian subcontinent, Iran, Europe, the Horn of Africa and Arabia, opening long-distance political and economic relations between these civilizations. Though silk was the major trade item exported from China, many other goods and ideas were exchanged, including religions (especially Buddhism), syncretic philosophies, sciences, and technologies like paper and gunpowder. So in addition to economic trade, the Silk Road was a route for cultural trade among the civilizations along its network.

Join us on June 29, 9 AM EDT for a discussion of how the Silk Road was formed and the impact on the world’s economy and politics. 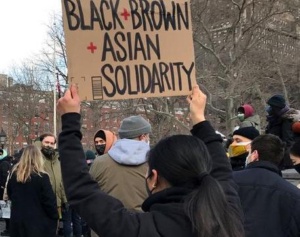